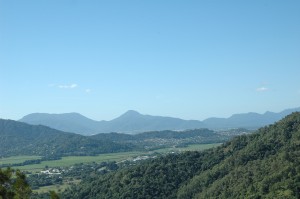 Norfolk Island and the independent Pacific Island states of Kiribati, Nauru and Tuvalu.  In Australia you will most likely see the abbreviation as $, but you may also see it abbreviated with A$.  Locally it is referred to the “Aussie”.

The Australian dollar trades on the foreign exchange markets right behind the US dollar, the euro, the yen and the pound sterling.  It is popular because of the relatively high interest rates, freedom from government intervention, stability of Australia’s economy and it has close ties to Asia.

How to Exchange Currency:

a=money you have before the exchange

c= money you will have after the exchange.

Exchange rates (or foreign exchange rates) between two currencies is the rate at which one currency will be exchanged for another. It is also regarded as the value of one country’s currency in terms of another currency.

Floating exchange rates are determined in the foreign exchange market by supply and demand.  Currencies trade 24 hours a day (except the market closes for a while on the weekends), this means that currencies can fluctuate often. Valuations are determined by the currency flowing in and out of a country and interest rates.  If there is a high demand, its value will usually increase.  Demand for a currency is created by tourism, international trade, speculation, risk factors, mergers and acquisitions and other economic factors.

A pegged exchange rate or fixed system is when a country’s currency doesn’t fluctuate day to day.  They often peg their currency to another currency which is usually the US dollar. Their government has to work at keeping their rate stable.  They have to hold large reserves of foreign currency to mitigate the supply and demand.  Developing countries may use this system to prevent high inflation. Fixed systems can lead to black market exchangers who go against their government and trade on the side according to the market’s supply and demand.  If the government doesn’t take care of the pegged rate, they may end up with a worthless currency.

The buying rate is the rate at which money dealers will buy foreign currency from you (the currency you came with), and the selling rate is the rate at which they will sell the currency to you (they sell a currency that is foreign to them back to you, aka your local currency). The quoted rates will have an allowance for a dealer’s margin (or profit) in trading.  In other words instead of quoting the real exchange rate, the dealer will charge you for his fee by quoting you in a way that is less favorable to you.  If the dealer is quoting you with the real exchange rate, then he may add on a flat fee or a % for his commission.  Sometimes they do this without telling you, so always ask what their fees or commission is before the exchange.

Different rates may be quoted for exchanging cash, using a traveler’s cheques for the exchange, or exchanging via debit/credit cards.  They will usually charge you a higher fee for the traveler’s cheques because it takes more time, however some prefer it over cash since cash is easier to forge.  Sometimes a credit card transaction may cost you extra because they may be charged by the credit card company.   Instead of charging your credit card at an exchange rate, get cash out with the ATM and avoid the middle man.

Be Prepared.  If you are in some countries you may find that most people don’t even accept credit cards, so be prepared and take some cash, one or two credit cards and one debit card.  You don’t want to carry too much cash in case it is lost or stolen.  Try to separate the cash, so it isn’t all in one wallet.  If you don’t have enough cash you may be stuck paying really high exchange rates.

Make sure you know your pin numbers before you leave.  Being home you may not use the ATM very often to get cash.  If you forget a pin number and you use all your cash because the country you go to wants cash for everything like restaurants that you didn’t really think about, you may have a hard time getting cash.  Not having a pin number you can’t withdraw cash from the ATM.  If you don’t bank with any of the banks that are available in the country you are visiting you may find yourself needing cash, but not being able to get it.  Don’t bother calling the bank or credit card provider because they don’t have access to your pin numbers.  You may be able to get money wired to you through a Western Union but if the country doesn’t have a Western Union or if it is hours away that doesn’t do you any good.  Last resort you may get your hotel to charge extra on your room and give you some cash back, however you will most likely be charged a hefty 10% fee and most likely you can only withdraw a couple hundred dollars per day.

Know the Current Exchange Rate: Your best defense against getting a bad exchange rate deal is to know what the exchange rate is.  It can fluctuate several times a day, so check it before you leave home and while you are there.  You can find it in local newspapers or online. Don’t trust the street kiosks to give you the correct rates.

Credit/Debit Cards: Charging your credit card (or debit card) to purchase something with another currency generally is the best exchange rate.  Your credit card will charge you a fee if you charge it to another currency.  American Express tends to be more expensive than Visa or MasterCard.  Call them to check their rates.  Not only will the credit card company charge a fee, but depending on where you go, the merchant may also charge a transaction fee for use of credit.  Out of the US, a lot of places may charge a fee for American Express, but not Visa or MasterCard.   Always ask the merchant before you charge something.  If you are charged a high transaction fee and a merchant fee, then getting cash from an ATM is the better way to go.

ATMs: Getting cash from an ATM with your debit card will charge you the same exchange rate that the banks charge each other, without the middleman adding extra exchange fees.  However the ATM and your credit card provider will usually charge you a fee for using the ATM.  Sometimes it is a flat fee every time you use it, and other times it is a percentage of how much you withdraw.  Usually the more you withdraw, the better the rate you get.

Only take out the cash you need for the day or the next day if you will be around a lot of ATMs.  You don’t want too much cash in case it were to get lost or stolen.  You may pay a little more in fees, but you won’t be stuck with excess when you are headed home. If you end up with excess cash, you will most likely want to change it back into your own currency.  This just means that you not only paid for the exchange rate (plus fees) to change it once, but twice.  And you are more likely to be exchanging this last minute at the airport where their fees are way too high.

Remember if you use an ATM not affiliated with your bank you will be charged a fee from your bank and from that ATM provider. Some ATMs will try to charge US$5 per transaction, in this case go to another ATM.

ATMs can be targeted for crime.  Cover your credit card when inserting it into the ATM in case a hidden camera is around.  If the ATM eats your card see if you can pull it out with tweezers, if it is connected to a bank see if they can get it out for you, otherwise cancel the card.  Make copies of all your cards, and leave some at home in case you need to get the numbers to cancel in a hurry.  Always stuff the cash in your wallet as soon as you can and try not to count it in public.

Banks: If you need to get cash and you cannot find an ATM, go to a bank or post office to withdraw or exchange currency.  You have to go during business hours and they can take longer especially if you don’t bank there, however you will save on the exchange rate.  Banks can offer different rates, so shop around.

Travelers Cheques are becoming less and less popular.  The benefits to them are that if there were lost or stolen, you can cancel them like you would a check and get your money back.  The downside is some places out of the country won’t accept them.  You may need to go to a local bank to get cash it, and you may be charged a fee. It may also take a while for the transaction, probably more time than you want to spend in a bank while on vacation.

You can get American Express Travelers Cheques and at the American Express Offices you can cash them free of charge.  Make sure that you look at their directory so you know if they will have an office near where you will be going.  They are difficult to cash anywhere else.

Exchange Kiosks: Avoid the exchange kiosks and booths you see at the airport, train stations and around tourist attractions including hostels and hotels.  They are usually open after banking hours which is convenient but you will pay for the convenience in their higher exchange rates.  Some may say they don’t charge a foreign transaction fee, however the exchange rates will be more expensive, more than usual in replace of the transaction fee.  You pay the fee one way or another.

In some cases, usually in big cities away from transportation, smaller kiosks will offer better rates than banks.  Shop around and compare rates.

Know the ‘Real’ Rate or Net Amount: Sometimes the posted rate will be the ‘sell’ rate.  When you are exchanging money into the local currency you will be charged the ‘buy’ rate.  Or sometimes the rate posted is only applicable to very large or very small transactions.  Watch out for hidden flat fees that are added to each transaction.  Watch out for extra commissions based on the amount of the transaction as well.  You can ask them the net amount (amount you receive after all fees are paid) you will receive before you commit, shop it around then settle on the best one.

A calculator on your phone, or a hand held one may come in handy with exchange rates, and what is even better is an iPhone with internet access if you have it available.  In case you don’t have internet, it is smart to know how to convert the exchange rates in your head, on paper, and with a calculator.

There are apps available for currency converter calculators or exchange rate calculators, but you will still need the internet for it to be current.  This way you won’t have to do a search for it every time you use it and will save you a step.

Be careful with rounding the exchange rates even to a tenth because if you are trading a lot of money it can add up quickly.

Be very suspicious of someone offering you lower rates without a booth (or even with an exchange booth) especially if they are approaching you.  They may give you counterfeit money, rob you, short change you, or simply being charging way too much.  Most countries require a license for currency exchangers.  They should have a certificate or government stamp of approval. If it seems too good to be true, it probably is.