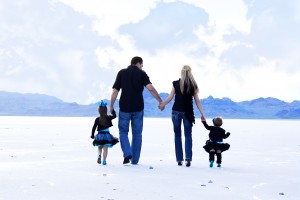 You can visit North America year round.  Generally the high season is the summer months of June- September.  Low season is the winter months of December – March.  Shoulder Seasons are April – May or October – November.

But depending on where you want to go and what you are looking for the best time to go for you may be different.

Canada and Alaska in the north can be below freezing temperature with little day light in the winter solstice. There is usually a minute of sunrise every day of the year for all points south of the Arctic Circle. The sky will start to brighten a bit on the horizon then set again.

The opposite is true in the summer. Around the summer solstice, there are sunsets, but the sun is still close enough to the horizon to make it look like twilight throughout the “night,” for a few minutes to a couple of hours. You’ll be seeing sunrise in the east before it actually gets dark.

Up north a lot of places will close down for the winter.

US generally has four temperate seasons in the north and two subtropical seasons in the south. Most states have hot summers, cool winters, and mild spring and fall weather. The south can be humid with sporadic rains. The summer is when the US gets most of its visitors because the air is warm and school is on break. Most things are open year round; however campsites will close for the winter.

Most places in the continental US will be a little chilly if not cold in the winter months of December – March.  Hawaii is the warmest in the winter with Florida being a close second.  Florida is the hottest in the summer.

Utah has some of the best snow on earth. Travel and lodging prices will be high in the winter, especially next to the ski slopes for this reason.  December- February is the best time to ski.

Hawaii– Hawaii is nice year round and has moderate temperatures.  If you want to see whales go in February or March. You may see a few whales early in November or December, but all whales will be gone by April.

Mexico has a wet and a dry season with warm and humid weather year-round. A lot of people from the north come down in the winter to experience Mexico’s warm weather.  Hurricane season is from June – November with the majority of them occurring in August – November. You can get better rates going there during this time.  It doesn’t mean you will experience a hurricane.  Mostly it will rain at night and be nice and warm during the day.

On the low chance you do experience a hurricane there are things you can do.  Purchase travelers insurance that covers hurricanes. Book with SkyMiles for the flight because they are easy to cancel and cost less than travel insurance.  Book the hotel last minute after you watch the weather.  Make sure you hotel has a hurricane policy where you may be able to come back at a different time.  If you take a cruise, they will avoid the hurricane just by switching the itinerary a little.  You can also stay closer inland.

Spring break is the most expensive time to visit Cancun and tourist areas in Mexico.  Spring break is usually in March, but depending on the school it can be different weeks of March.

Bermuda experiences similar seasons as Mexico, but with drier summers. Most hurricanes bypass Bermuda. Services may close down on Sunday and for holidays.